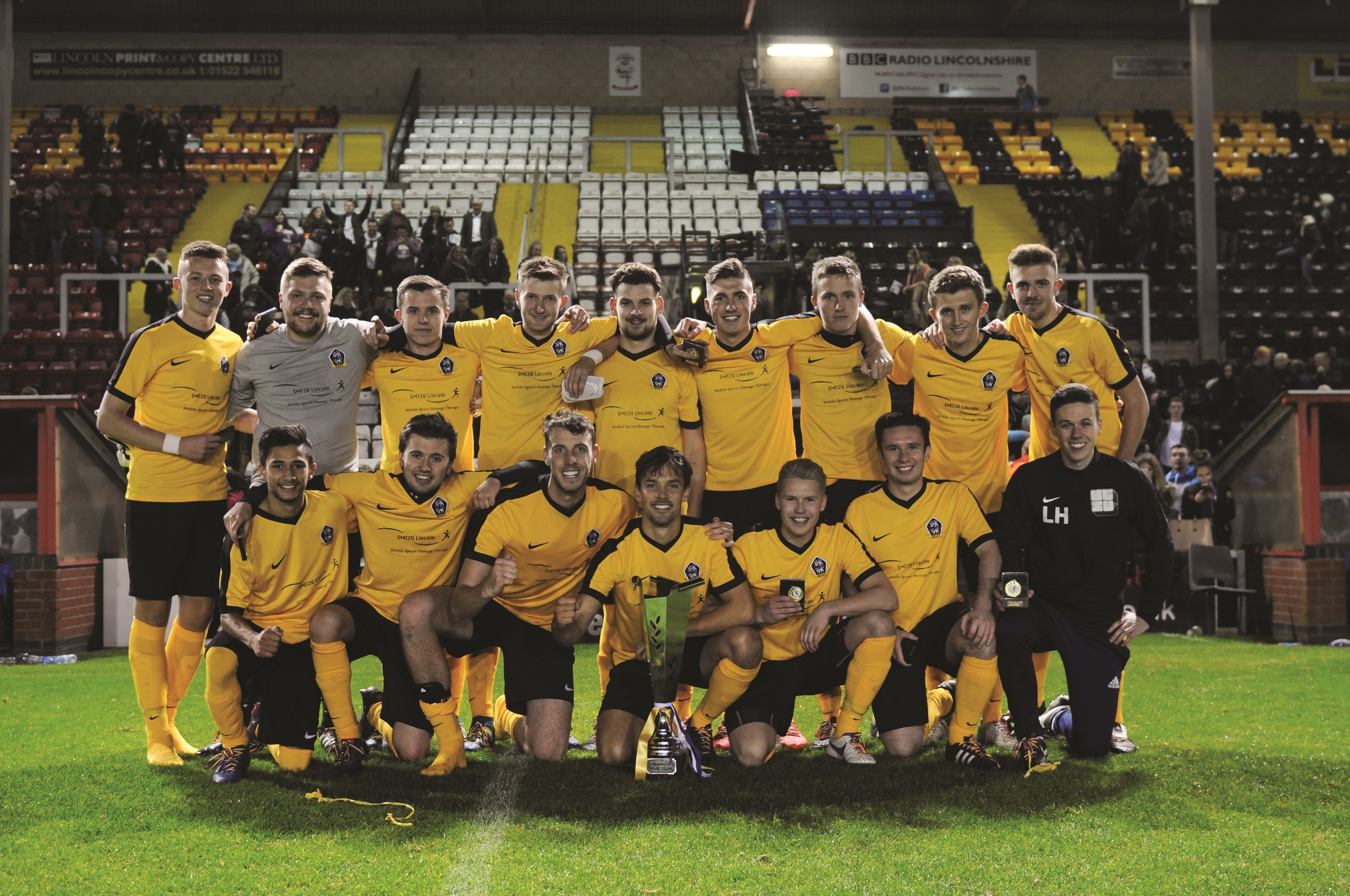 Bishop Grosseteste University got revenge for last year’s Cathedral Cup loss by comprehensively beating the University of Lincoln 3-1 at Sincil Bank last Wednesday evening (5 October).
BGU started the stronger of the two teams and they capitalised on their dominance as they took the lead on 11 minutes after Sean James lobbed the keeper from just outside the box. Further goals from Harry Ginniff and Ben Brown were enough to quash a University of Lincoln comeback.
Ginniff, who went home with the man of the match award, easily dispatched a finish past Lincoln’s keeper, after some great work down the right hand side by Ben Brown. 15 minutes later, he was unlucky to be denied again. This time, Ginniff took a high ball in his stride but was then brought down by University of Lincoln keeper Pat Richardson. However, referee Andy Pearson waved away claims from both sets of players and fans and resumed play. Despite a much improved last thirty minutes for University of Lincoln, the damage had been done in the first portion of the game and they struggled to replicate some of the play that saw them crowned champions last year.
Outplayed for the most part, University of Lincoln’s breakthrough came in the 72nd minute and stoked up some excitement from the Swans’ fans. Jack Sutton managed to react first and stab the ball home after a melée in the box.
The excitement was short-lived however, as Ben Brown managed to find himself in room on the edge of the University of Lincoln box before executing a sumptuous lob that went over Pat Richardson and into the back of the net.
After the game BGU captain Phil Nicholson said: “We felt like we’d let our fans down last year and it was awful to see the University of Lincoln players out afterwards. This time round, they’re going to have to put up with our celebrations!”

03 Nov 2017
Children travel back in time at summer school

20/08/2013 Children from across the region have been time travelling, from ancient Pompeii to medieval Lincoln and back again, thanks…

10/09/2014 Students at Bishop Grosseteste University will be able to take degrees in Health and Social Care, Sociology, Psychology, Counselling…

Roger Mosey to Step Down as Chair of BGU Council

Fun-filled activities for 8 – 14 year olds During the summer, we run popular sport programmes to keep your child......

Sports Hall Everyone is able to hire the Sports Hall. We cater for a wide selection of activities; courts in......

Do you lack motivation? Do you feel your training has hit a plateau? Do you play a sport and want......

Update May 1 2020 We are aware that some membership payments for May have gone out this morning. Please rest......

About the Sport & Fitness Centre

Update May 1 2020 We are aware that some membership payments for May have gone out this morning. Please rest......