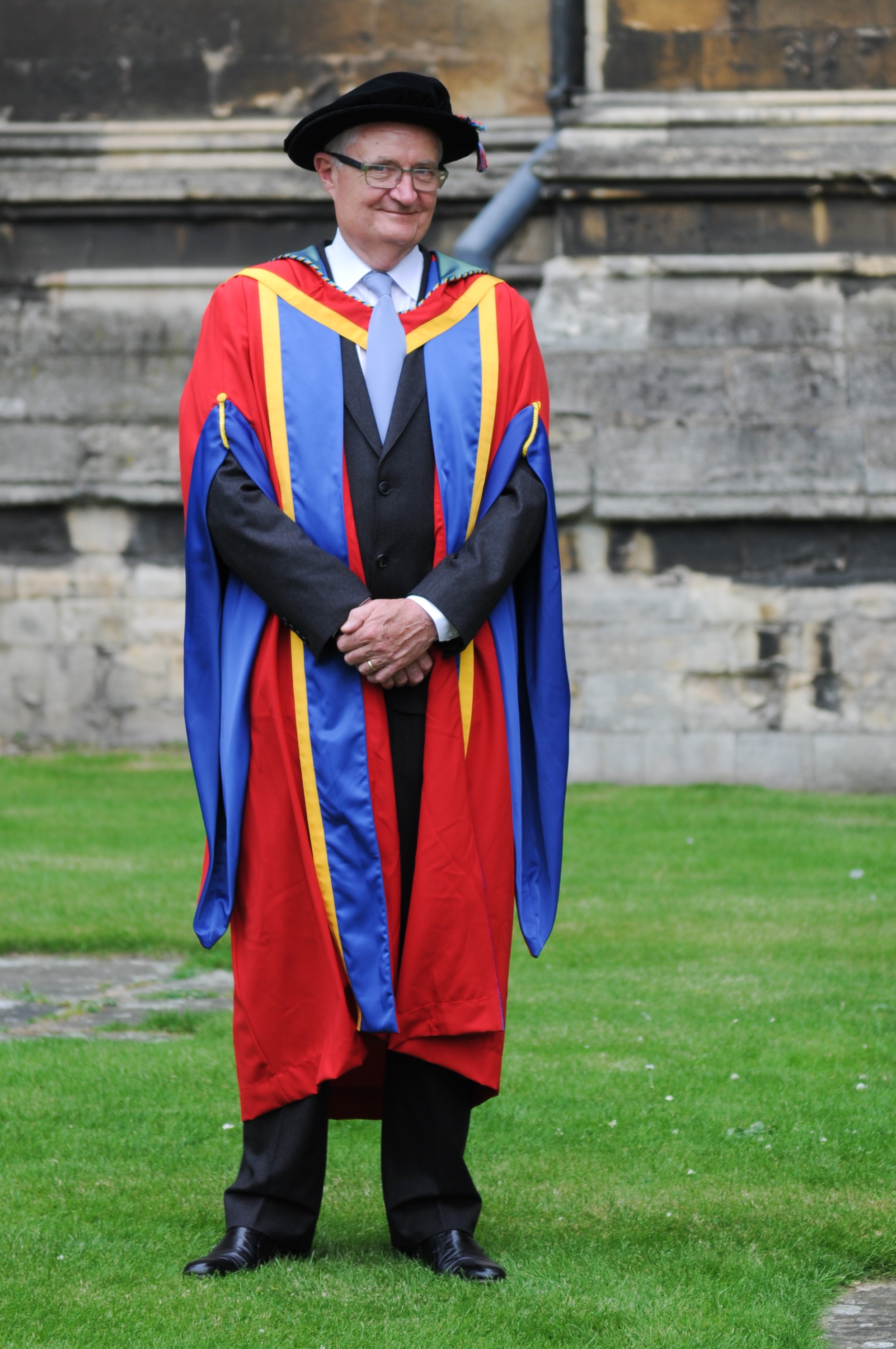 The star of Harry Potter, Only Fools and Horses, Bridget Jones’ Diary, Gangs of New York and Hot Fuzz joined 1,127 students who have been graduating from BGU this week.

He told reporters at Lincoln Cathedral how honoured he felt to be receiving an honorary degree from BGU.

“It’s a great honour – I’m surprised to be here! I never thought I’d get a degree and graduate so I’m thrilled to be here in the cathedral, which has been a big reference point in my whole life.”

One of England’s most versatile character actors, Jim Broadbent was born in Holton-cum-Beckering near Market Rasen and still has close connections with the county.

He is Honorary President of the Lindsey Rural Players, whose home is the Broadbent Theatre in Wickenby; his father Roy was involved in the conversion of the Methodist chapel to a theatre in 1971.

Jim Broadbent had this advice for the drama students graduating from BGU yesterday:

“Try everything, spread your net wide and get as many experiences as possible. While you’re young is the time to do it so make the most of it!”

Roger Mosey to Step Down as Chair of BGU Council

England’s first civil war in the 12th century raged for 20 years and changed the physical landscape for decades.

The Family Diversities Reading Resource at Bishop Grosseteste University (BGU) in Lincoln has been updated to mark its tenth anniversary.

Global Entrepreneurship Week (#GEW2019), the world’s largest campaign to promote entrepreneurship, began on the 18th of November and to celebrate......

My Top 10 Tips for PGCE Students

Throughout her time as a PGCE student at Bishop Grosseteste University (BGU) Jessica Barker has been collecting her top tips......

For students graduating at one of our four Graduation ceremonies this year, the weather was incredible and made for a......

By Dr Kate Atterby – Doctorate of Education July 2018 is an exciting month for me as, having previously achieved......

Graduation celebrates a family adventure for Chloe and Hazel

With weeks to go before she was due to start her foundation degree; it looked as though Chloe Johnson was......

A delegation of Business (Team Entrepreneurship) students from Bishop Grosseteste University (BGU) travelled to Finland last month to meet with......

“Is this some kind of joke?” – BGU Present an Evening of Stand-Up Comedy with Tribute Artist Lee Lard

FAQs In this section, you will find the answers to some frequently asked questions regarding Graduation. If this page does......

‘Student Orator’ is the name given to the graduate who makes the closing speech at their graduation ceremony. Bishop Grosseteste University......

Graduation is the highlight of the academic year here at BGU. We always try to make it as special as......