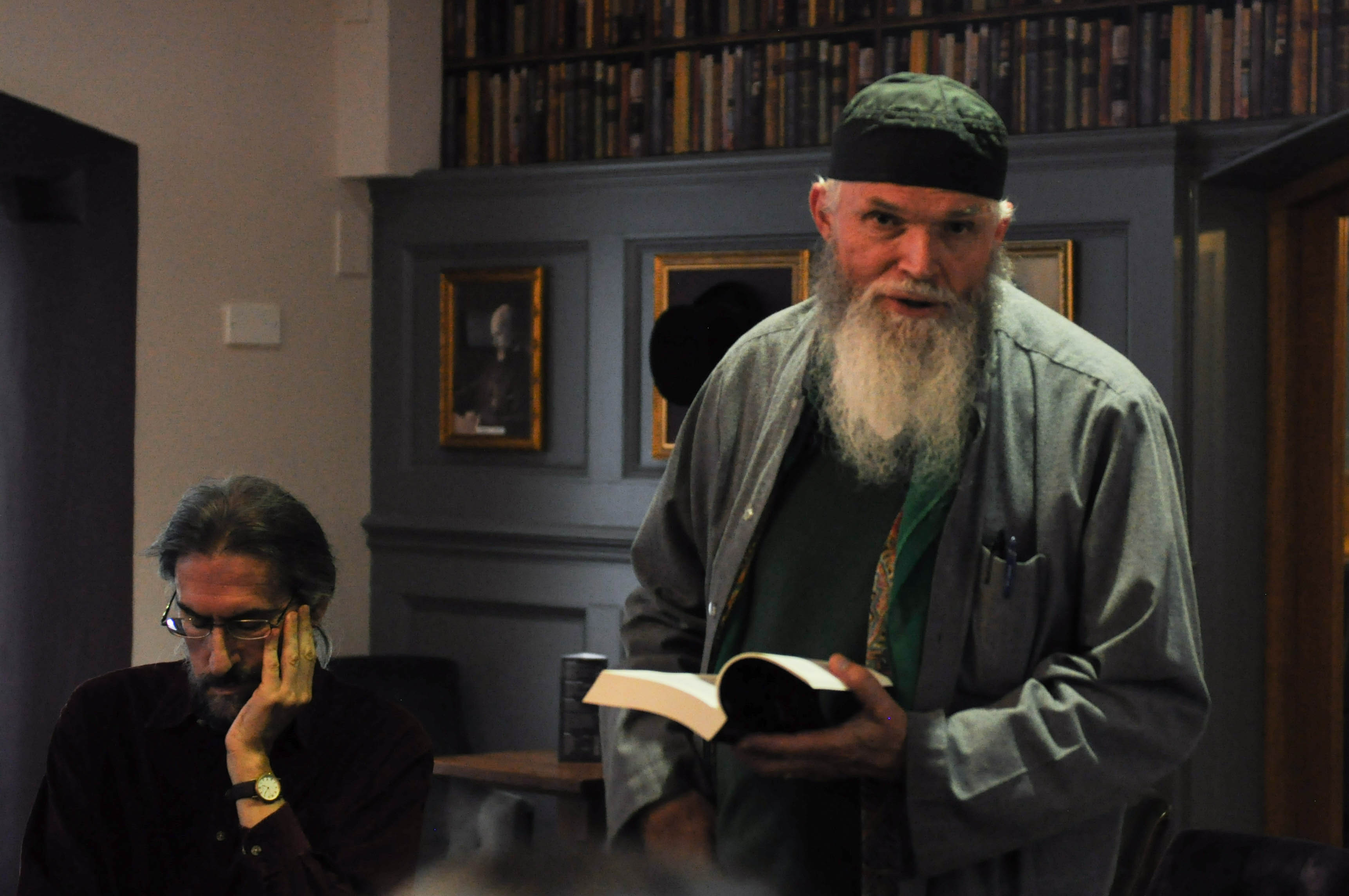 Dr Andrew Jackson, historian and Head of School of Humanities at BGU, opened the event, introducing a poem by Lincolnshire’s First World War Home Front poet, Bernard Samuel Gilbert. The poem was performed in dialect by local poet and folklorist, Maureen Sutton, and was warmly received by the audience.

Another Lincolnshire poetry hero, Lord Alfred Tennyson, made an appearance thanks to the BGU Tennyson Poetry Award. The student winner of the Tennyson Poetry Award 2017 was announced as Phil Nicholls with his poem ‘Do they even know’. Students at the event also read highly commended poems – ‘The Bird’s Song’ by Cameron Robson and ‘The Wild Poet’s Song’ by Laura Taylor Caçoete.

Paul Sutherland, Nic Lance, and Maureen Sutton joined students and staff in reciting poems and sharing thoughts on the theme of ‘Freedom’. There were emotional moments and funny ones, unpublished poems and very famous ones; most importantly, a sharing atmosphere where everyone in the audience felt free to talk, read, and make poetry happen in its most powerful way.

Inspired by National Poetry Day 2017? Find out more about English at BGU.

Professor Scott Fleming will join the senior management team at Bishop Grosseteste University (BGU) from Cardiff Metropolitan University, where he…

On 30 and 31 July, Bishop Grosseteste University (BGU) will host the triennial conference of the Burney Society (UK), which…

SourceFour are delighted to have successfully undertaken the redesign, migration and launch of the new Bishop Grosseteste University (BGU) website.

BGU’s Reader in English Literature, Dr Sibylle Erle, is embarking upon a lecture tour through northern Germany to talk about…

13 Jul 2016
Exploring the Constructions of Dreams at BGU

Bishop Grosseteste University’s (BGU) annual ‘Academic and Creative Responses to Death and Dying’ conference is returning for a fourth year......

Visionary poet and artist William Blake is one of the most vivid figures in British Romantic literature and to celebrate......

If you’ve been enjoying ‘Gentleman Jack’, the BBC drama exploring the diaries of industrialist Anne Lister, then the latest article......

Author and Historian, Tracy Borman, will be visiting BGU next May to give a talk on the final instalment of......

Professor Nicholas Canny proposes to set the seventeenth century English Puritan migration to Massachusetts in a wider context than is......

We are delighted to welcome Lesley Smith back to BGU, to give her talk on Sex and the Tudors. This......

Bishop Grosseteste University are excited to announce Stephen Bailey will be joining us on Wednesday 11th December 2019 at 7pm......

You are invited to join BGU Staff and Students for their Annual Carol Service in the spectacular surroundings of St......

Following our sell-out Christmas Extravaganza last year, we’re back again! Meet Santa in his Grotto! Receive a gift from Santa......

BGU and BG Lincoln Ltd are offering BGU students* to be trained up on the basic skills of being a......

Research Cassie’s research focusses on the literature and culture of late-eighteenth and early-nineteenth centuries, and she...